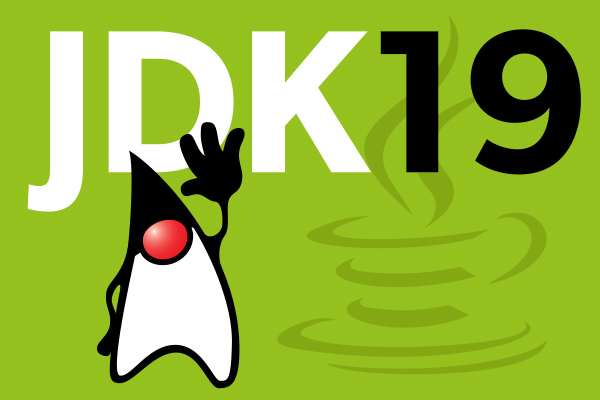 Java 19 was released September 20, 2022. Not being a long-term support release means the Premier Support for this version will end in March 2023. This release has been noted to be in "Rampdown Phase One," as it does not include any new JDK Enhancement Proposals (JEPs), only bug fixes and minor improvements.

Let's take a look at what Java 19 brings us and what it leaves behind. Continue reading to find out about:

Before we get into the changes, some background on HashMaps and their flaws for those not familiar. When generating a HashMap with the argument 60, one might think that means that this HashMap offers space for 60 mappings. Here comes the curveball - the HashMap is initialized with a default load factor of 0.75, meaning that as soon as the HashMap is 75% full, it is rebuilt with double the size. Thus the HashMap initialized with the argument 60 can actually hold just 45 mappings. To create a HashMap with 60 mappings you would have to calculate the capacity by dividing the number of mappings by the load factor. In this case that would result in 60/0.75=80

With Java 19 come six preview and incubator features. These features are still in the works, but already available to be tested by the developer community. Any feedback from those testing out these features is usually taken into consideration as they continue to be developed.

Introduced in Java 17 as JEP 427, this feature is in its third preview. Until now, "Pattern Matching for Switch" allowed us to write code like this:

Java 19 guarded patterns are replaced with "when" clauses in switch blocks, resulting in the previous code snippet now looking like this:

If your code includes variables named "when", no need to worry. Here, "when" is a "contextual keyword", meaning it only has a meaning within a case label.

In addition to that, from this release onwards the runtime semantics of a pattern switch when the value of the selector expression is null are more closely aligned with legacy switch semantics.

Staying on the topic of Pattern Matching, this release also includes changes related to the Record Patterns. If you are unfamiliar with Records, check out our short introduction here.

Starting off, the following is an example of a record being created:

This allows for a simple print method to go from this:

to the following by allowing us to access the x and y parameters directly:

Records can be applied elsewhere just the same, no matter if the method at hand includes a switch or nesting. An example of the latter is as follows:

The features which ended up bringing us here were already introduced in Java 14, showing that the replacement for the Java Native Interface (JNI) has been in the works for a long time. The Foreign Function & Memory API (FFM API) was combined from the "Foreign Memory Access API" and the "Foreign Linker API", remaining in the incubator stage until now, when JEP 424 finally promoted the API to the preview stage.

The FFM API enables Java programs to call native libraries and process native data without the brittleness and danger of JNI. For those unfamiliar with the term, "native libraries" is referring to libraries outside the JVM.

The following is an example of the FFM API in use:

Since the FFM API is still in the preview stage, additional parameters need to be specified to compile and start it:

Virtual Threads have been developed in Project Loom for several years and have made their way into the official JDK as JEP 425. Going straight into the Preview Stage, Virtual Threads are a prerequisite for Structured Concurrency. Keep your eyes open as we dive into these exciting features in a blog post coming in the near future!

Still in the incubator stage, JEP 428 introduces an API for "Structured Concurrency", intended to improve the maintainability, reliability, and observability of multithreaded code. As thread leaks and cancellation delays are common risks arising from cancellation and shutdown, Structured Concurrency aims to promote a style of concurrent programming to combat these flaws.

Unrelated to java.util.Vector, the Vector API is a new API introduced by JEP 426 for mathematical vector computations and its mapping to modern SIMD (Single-Instruction-Multiple-Data) CPUs. As it is still in the incubator stage, it may still be subject to significant changes so we will explore this feature further once it makes its way to the Preview stage.

Gone But Not Forgotten: Deprecations and Removals in Java 19

java.lang.ThreadGroup has been degraded in this release. The behavior of several methods are changed as follows:

The finalizer implementation in SSLSocket has been removed, with the underlying native resource releases now done by the Socket implementation. If SSLSocket is not explicitly closed, the TLS close_notify messages will no longer be emitted. Not closing Sockets properly is an error condition that should be avoided. Relying on garbage collection is detrimental when trying to enforce good coding practices, instead applications should always close sockets themselves.

Java 19 comes on the tail of the big Java 17 release. While not introducing any new JEPs, JDK 19 has multiple preview and incubator feature worth testing and leaving feedback on. For a full list of all JDK 19 features, check out the release notes.

When it comes to Java, JRebel is the tool that can help to maximize your productivity. JRebel integrates with the latest Java tools, including Java 19. Try it free to see how much time your team can save on development. 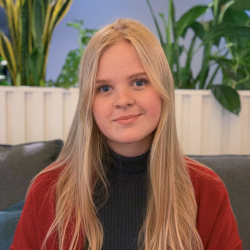 Eleriin is a Technical Support Specialist at JRebel by Perforce. Devoted to helping customers reach the full potential of using JRebel, she helps remove any roadblocks in their way. Eleriin is also a part of the JRebel Product Team.