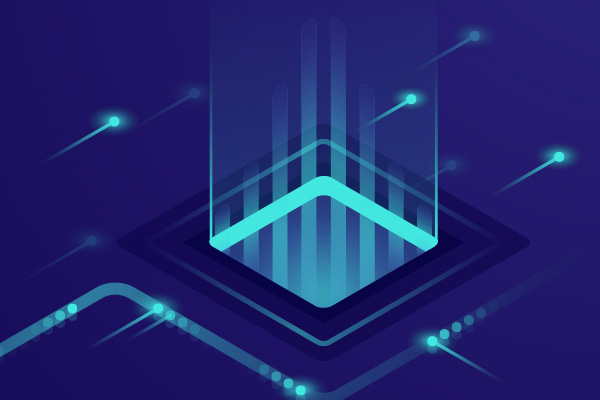 Using Java Streams in Java 8 and Beyond

Java 8 has been out for over eight years now, but many of the features released in 2014 have carried through to 2022. One of the most prominent of these is Java streams. In this blog, we answer what are Java streams, explain when to use them, troubleshoot Java streams issues, and give you a brief rundown of common Java streams operations.

What Are Streams in Java?

Java streams enable functional-style operations on streams of elements. A stream is an abstraction of a non-mutable collection of functions applied in some order to the data. A stream is not a collection where you can store elements.

The most important difference between a stream and a structure is that a stream doesn’t hold the data. For example, you cannot point to a location in the stream where a certain element exists. You can only specify the functions that operate on that data. And when performing operations on a stream, it will affect the original stream.

As a note, the streams in this blog are not to be confused with streams in Java I/O package like InputStream, OutputStream, etc.

When to Use Java Streams

Java streams represent a pipeline through which data will flow and the functions to operate on the data. A pipeline in this instance consists of a stream source, followed by zero or more intermediate operations, and a terminal operation.

As such, streams can be used in any number of applications that involve data-driven functions. In the example below, the Java stream is used as a fancy iterator:

In this example we select only even values, by using the filter method and doubled them by mapping the function that doubles the input. What does this provide us? The streams API gives us the power to specify a sequence of operations on the data in individual steps. We don’t specify any conditional processing code, we are not tempted to write large complex functions, we don’t care about the data flow.

In fact, we only bother ourselves with one data processing step at a time: we compose the functions and the data flows through the functions by itself by the power of the streams framework. The example above shows one of the most important pattern you’ll end up using with the streams:

Use streams and see your changes instantly.
Use JRebel to skip redeploys. Try it now >>

In Java 8 and up, you can easily obtain a stream from any collection by calling the stream() method. After that there are a couple of fundamental functions that you’ll encounter all the time.

Here are some common operations in Java streams:

You won't use all of these functions every time you encounter a stream, but you have them available to use at will.

There are some caveats of using the Java streaming API though, and sometimes stream processing can get out of hand. Imagine we have the follow class Person:

This is a typical Java bean with some getters on the fields. Now, suppose we have a list of these persons and want to get the list of uppercase names of all the “FEMALE” people in that list. Sounds easy, right?

We follow the specification of what we must do at every step, but the problem is in the mutation of the shared state. We know nothing of the nature of the stream and if the stream is parallel, the concurrent addition of the elements into the stream can lead to errors.

For example, the following snippet does not print any output:

The ordering of output is somewhat surprising as each element passes through all the operations (unlike what some programmers may assume - that all elements are first passed through filter () and then forEach() ). For example:

Instead, we should have collected the stream into the resulting list, so that concurrency and mutability is the responsibility of the streams framework. Here’s the example of how to do so:

In general, the Collectors class provides almost all necessary primitives to transform a stream into a concrete collection. One example is the toMap() collector. You might be confused about how can an element be transformed into a key-value pair required for the map.

To do this, you specify a function that turns the element into the key and another function that creates the value. Here’s an example that collects the same stream of people into a map:

The first function given to the toMap method transforms the element into the key and the second to the value for the map.

One of the virtues of Java streams is that they are lazily evaluated. Some operations on the streams, particularly the functions that return an instance of the stream: filter, map, are called intermediate. This means they aren’t evaluated when they are specified.This means that they won’t be evaluated when they are specified. Instead, the computation will happen when the result of that operation is necessary.

This means that if we just specify the code like:

None of the names will immediately collected and made into the upper case. So, does the computation occur? When a terminal operation is called.

All operations that return something other than a stream are terminal. Operations like forEach, collect, reduce are terminal. This makes streams particularly efficient at handling large amounts of data.

From a performance perspective, the ordering of intermediate operations is critical.

On top of that, one can almost always try to parallelize the stream processing by converting the stream into a parallel stream by calling the parallel() method. Note, that although the stream doesn’t have to be parallelizable, the method to parallelize it is always there. So depending on the internal nature of the stream you can get the performance benefits.

There are pitfalls of running every stream operation in parallel; most streams implementations use the default ForkJoinPool to perform the operations in background. Thus, you can easily make the particular stream processing a bit faster, but instead sacrifice the performance of the whole JVM without even realizing it.

Solving the problems using functional programming requires a different way of thinking. But with a bit of experimentation, you can get the hang of it.

And often, you may struggle to find a functional solution, but once you get it, you realize that it’s not particularly complicated. And then the next time solving a similar problem will be much easier.

Learn About the Latest in Java

Want to learn more about the latest features in Java? Be sure to visit our resource hub, Exploring New Features in Java. It covers everything from JEPs, to JDK enhancement projects for releases since Java 8.

JRebel for All Java Versions

Whether you are working in Java 8 or Java 17, JRebel can save you time and boost performance. JRebel helps developers to save time during application development by skipping rebuilds and redeploys while maintaining application state.