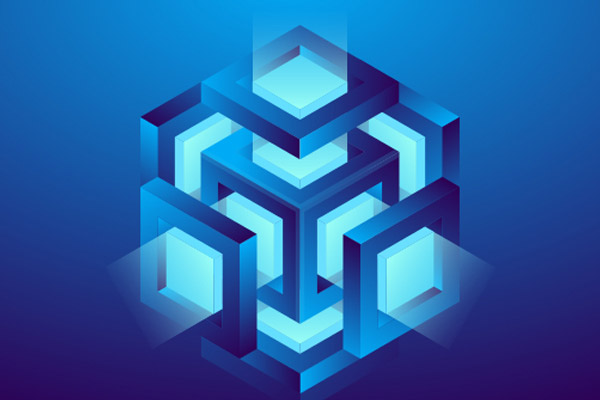 SOLID refers to five design principles in object-oriented programming, designed to reduce code rot and improve the value, function, and maintainability of software. The SOLID principles help the user develop less coupled code. If code is tightly coupled, a group of classes are dependent on one another. This should be avoided for better maintainability and readability.

Here, we give an overview of each SOLID principle along with an example of each.

What Are SOLID Design Principles?

SOLID principles are class-level, object-oriented design concepts that, in conjunction with an extensive test suite, help you avoid code rot.

SOLID design is an acronym for the following five principles:

These principles provide a valuable standard for guiding developers away from such “code rot," and instead towards building applications that provide lasting value for customers and sanity for future developers working on your project.

Related >> Looking to save time on development? Developers save an average of 150 coding hours per year with JRebel. No more time wasted on redeploys—try JRebel free.

The Single Responsibility Principle (SRP) states that there should never be more than one reason for a class to change. This means that every class, or similar structure, in your code should have only one job to do.

Everything in the class should be related to that single purpose. It does not mean that your classes should only contain one method or property.

There can be a lot of members as long as they relate to the single responsibility. It may be that when the one reason to change occurs, multiple members of the class may need modification. It may also be that multiple classes will require updates.

Here we have pay calculation logic with database logic and reporting logic all mixed up within one class. If you have multiple responsibilities combined into one class, it might be difficult to change one part without breaking others.

Mixing responsibilities also makes the class harder to understand and harder to test, decreasing cohesion. The easiest way to fix this is to split the class into three different classes, with each having only one responsibility: database access, calculating pay, and reporting, all separated.

These two parts of the principle appear to be contradictory. However, if you correctly structure classes and their dependencies, you can add functionality without editing existing source code.

Generally you achieve this by referring to abstractions for dependencies, such as interfaces or abstract classes, rather than using concrete classes. Functionality can be added by creating new classes that implement the interfaces.

Applying OCP to your projects limits the need to change source code once it has been written, tested, and debugged. This reduces the risk of introducing new bugs to existing code, leading to more robust software.

Another side effect of the use of interfaces for dependencies is reduced coupling (i.e. when changing code in class A forces related changes in class B), and increased flexibility.

So how do we add credit card support? You could add an “if” statement like this, but then that would be violation of OCP.

Here is a better solution:

Keep in mind – OCP helps only if the changes that are going to come are predictable, so you should apply it only if a similar change has already happened. So, first do the simplest thing and then see what changes are requested so you can more accurately predict the future changes.

This means waiting for a customer to make a change and then invent the abstractions that will protect yourself from a similar change in the future.

The Liskov Substitution Principle (LSP) applies to inheritance hierarchies, specifying that you should design your classes so that client dependencies can be substituted with subclasses without the client knowing about the change.

A typical example that violates LSP is a Square class that derives from a Rectangle class. The Square class always assumes that the width is equal with the height. If a Square object is used in a context where a Rectangle is expected, unexpected behavior may occur because the dimensions of a Square cannot (or rather should not) be modified independently.

This problem cannot be easily fixed: if we can modify the setter methods in the Square class so that they preserve the Square invariant (i.e., keep the dimensions equal), then these methods will weaken (violate) the post-conditions for the Rectangle setters, which state that dimensions can be modified independently.

What you see above violates LSP.

Violations of LSP cause undefined behavior, which can lead to weeks of wasted time trying to find out where the bug is.

The Interface Segregation Principle (ISP) states that clients should not be forced to depend upon interface members they do not use. When we have non-cohesive interfaces, the ISP guides us to create multiple, smaller, cohesive interfaces.

When you apply ISP, classes and their dependencies communicate using tightly-focused interfaces, minimizing dependencies on unused members and reducing coupling accordingly. Smaller interfaces are easier to implement, improving flexibility and the possibility of reuse. As fewer classes share these interfaces, the number of changes that are required in response to an interface modification is lowered, which increases robustness.

Picture an ATM, which has a screen where we wish to display different messages. If you want to add a message on the ATM that appears only for withdrawal functionality, how would you solve it?

Perhaps you would add a method to the Messenger interface and be done with it. But this causes you to recompile all the users of this interface and almost all the system needs to be redeployed, which is in direct violation of OCP.

What happened here was that changing the withdrawal functionality caused changes to other totally unrelated functionalities as well, which is something we now know we don't want. How did this happen?

Actually, there is backwards dependency at play, where each functionality that uses this Messengers interface depends on methods it does not need but are needed by other functionalities. Here is what we want to avoid:

Instead, split the Messenger interface up so that different ATM functionality depend on separate Messengers.

The Dependency Inversion Principle (DIP) states that high-level modules should not depend upon low-level modules; they should depend on abstractions.

Secondly, abstractions should not depend upon details; details should depend upon abstractions. The idea is that we isolate our class behind a boundary formed by the abstractions it depends on. If all the details behind those abstractions change, then our class is still safe. This helps keep coupling low and makes our design easier to change. DIP also allows us to test things in isolation.

SOLID principles are valuable tools in your toolbox, ones you should keep them in back of your mind when designing your next feature or application.

Another helpful tool to use in development is JRebel, a JVM plugin that eliminates redeploy times. Try JRebel free for 10 days to see how it works. Or schedule a personalized, 20-minute demonstration with one of our solutions experts to see exactly how the tool would work for you.

Note: This post was originally published on March 18, 2014 and has been updated for accuracy and comprehensiveness.