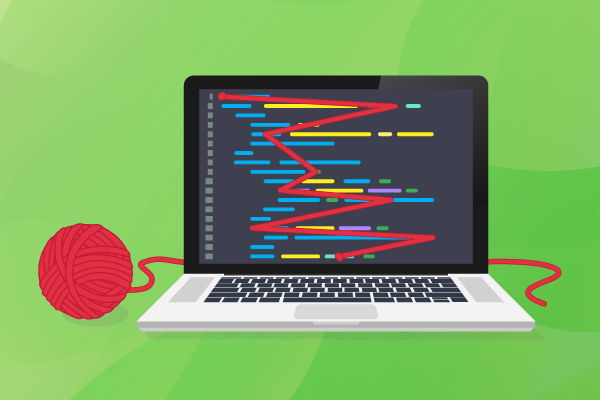 Project Loom, which is under active development and has recently been targeted for JDK 19 as a preview feature, has the goal of making it easier to write, debug, and maintain concurrent Java applications. Learn more about Project Loom’s concurrency model and virtual threads.

What Are Threads In Java? What are Virtual Threads?

In Java, and computing in general, a thread is a separate flow of execution. It tells your program to do something. With threads, you can have multiple things happening at the same time.

Traditional threads in Java are very heavy and bound one-to-one with an OS thread, making it the OS’ job to schedule threads. This means threads’ execution time depends on the CPU. Virtual threads, also referred to as green threads or user threads, moves the responsibility of scheduling from the OS to the application, in this case the JVM. This allows the JVM to take advantage of its knowledge about what’s happening in the virtual threads when making decision on which threads to schedule next.

Today Java is heavily used in backend web applications, serving concurrent requests from users and other applications. In traditional blocking I/O, a thread will block from continuing its execution while waiting for data to be read or written. Due to the heaviness of threads, there is a limit to how many threads an application can have, and thus also a limit to how many concurrent connections the application can handle. This constraint means threads do not scale very well.

The answer to that has for a long time been the use of asynchronous I/O, which is non-blocking. When using asynchronous I/O, a single thread can handle many concurrent connections, but at the cost of increased code complexity. A single execution flow handling a single connection is a lot simpler to understand and reason. While many frameworks today, in particular reactive frameworks, hide a lot of this complexity from the developer, a different mindset is needed for asynchronous I/O.

Why Use Project Loom?

This is where Project Loom comes in. Virtual threads give the developer the opportunity to develop using traditional blocking I/O, since one of the big perks of virtual threads is that blocking a virtual thread does not block the entire OS thread. This removes the scalability issues of blocking I/O, but without the added code complexity of using asynchronous I/O, since we are back to a single thread only overseeing a single connection.

Like any other preview feature, to take advantage of it, you need to add the --enable-preview JVM argument while compiling and running.

While virtual threads won’t magically run everything faster, benchmarks run against the current early access builds do indicate that you can obtain similar scalability, throughput, and performance as when using asynchronous I/O.

With the current implementation of virtual threads, the virtual thread scheduler is a work-stealing fork-join pool. For most people this is probably all that’s needed. But there have been requests made to be able to supply your own scheduler to be used instead. While this is currently not supported in the current preview version, we might see it in a future improvement or enhancement proposal.

Virtual threads are currently targeted for inclusion in JDK 19 as a preview feature. If everything goes well, virtual threads should be ready to exit its preview state by the time JDK 21 comes out, which is the next likely LTS version.

For early adopters, is already included in the latest early access builds of JDK 19. So, if you’re so inclined, go try it out, and provide feedback on your experience to the OpenJDK developers, so they can adapt and improve the implementation for future versions.

Prepare your teams for the future by ensuring they are faster today with JRebel.