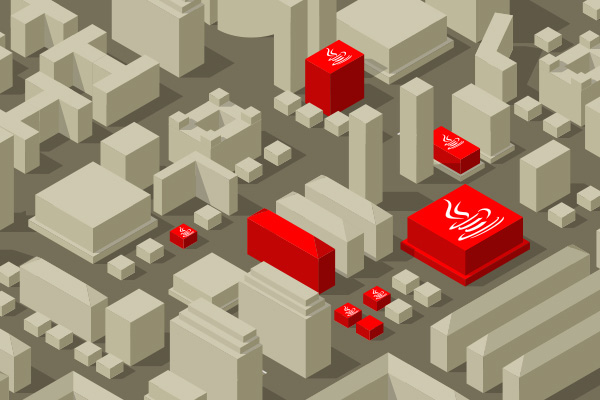 When to Use Microservices in Java

Microservices development is certainly a hot trend in Java, with many that haven’t already implemented this architecture now considering a transition. But how do you know when to use microservices and when it’s not the right choice for you?

In this blog, we'll discuss the pros and cons of microservices, when and when not to use a microservices architecture in your Java application, and other considerations for using microservices in Java.

What Are Microservices in Java?

Microservices have a number of benefits that make them an appealing option for Java developers. From their independent organization, to the flexibility and security they can offer, many developers bank on the benefits of microservices when developing.

Since features are split up into siloed services, they can then be designed, tested, and deployed independently, rather than having to redeploy an entire application to update just one feature. And, because the separate services are independently developed and deployed in parallel, they require less coordination, allowing your team to move faster and be more agile, releasing more frequent software updates.

The isolation of microservices knocks down the rigid constraints of legacy, monolithic applications. Whereas a monolith demands that all developers use the same technology, with microservices, teams working on different services aren’t all locked into one tech stack. Teams assigned to individual services have the freedom to use the language, platform, and tools of their preference.

3. Microservices Can Be More Secure

The segmented nature of microservices make them easier to update and patch, and as a result, they maintain less legacy code than monolithic applications from one version to the next. Therefore, they’re far less susceptible to security failures. The smaller attack surface means the team assigned to each service can better determine where security patches are needed and dedicate their efforts to protecting that single feature.

While microservices provide numerous benefits for development teams, this architecture style comes with some disadvantages to keep in mind as well.

Because of the shift in your team structure and dynamics, people will need to be re-organized and distributed across all the services you are working with. This won’t only create significant time and effort to determine who should be where, but it may also cause friction if certain people are unhappy with the change.

That’s not to mention the necessity for executive buy-in. Getting leadership to understand the changes and potential pain points, as we outline here, can substantially increase the odds of success.

Because you can use any technology within microservices, it may result in increased troubleshooting challenges. Tracing errors (or just odd behavior) from one microservice to another is far more difficult than doing the same thing in a single traditional application.

That’s especially true when each service uses a different language, platform, monitoring tool, logging framework, and the like. It can also be harder to resolve performance issues, especially when it comes to increasing latency in a large graph of microservices.  Finally, developers have to deal with eventual consistency and compensating operations instead of the “simple” ACID transactions the industry has known for decades.

Lastly, teams that use microservices need to work with highly-automated environments, as some organizations will deal with handfuls, dozens, or even hundreds of moving parts – an impossible task to handle manually. This will require the adoption and use of DevOps tools like CI/CD and distributed logging, tracing, monitoring, and visualization facilities.

How Popular Are Microservices in Java?

Read the newest Java Developer Productivity Report to see how many developers are using microservices as their main application architecture.

In sum, the pros and cons of microservices in Java are as follows:

When and When Not to Use Microservices in Java

So, when are microservices a good idea, and when should they be avoided? Consider the pros and cons detailed in this article. Do the benefits address your specific business needs, and does your team have the manpower and capabilities to overcome the challenges? Additionally, assess whether you have components that:

When Not to Use Microservices in Java

Development teams are often all-too ready to jump on the microservices bandwagon because it’s seen as trendy. Making the transition just for the sake of it may cause enterprises to fall victim to something called Conway’s Law, which states the tendency is for architectural structures of applications to closely mimic the structure of the team that creates the app, not the needs of the users.

Enterprises struggle with this because they tend to have very large teams, and aren’t adept at quickly changing the structure of those teams to meet the needs of new architectural strategies.

An unfortunate trend that is becoming more and more popular within enterprises is that, instead of individual teams dedicating themselves to one or two microservices, these large teams are each generating loads and loads of microservices, which are then based on the structure of the team and not the needs of the end users.

It is better to put the needs of the users in developers’ heads by having teams dedicated to one or two microservices each, to build for proper scale, load, quality of service, and other goals.

When to Use Microservices in Java

Instead of blindly following what’s trendy, teams should base their architecture on the needs of their application. Developers should ask themselves, “What are we trying to achieve? Is it resilience? Is it scalability? What is key?”

A good reason to move to microservices is to rapidly scale specific aspects of your architecture. In examining the needs of your application, you may determine that not every aspect of that app needs to be scalable, just the most important capabilities.

For example, a payment system connected to a banking app should, ideally, be very resilient and very scalable so that, if many people are using the app at the same time, you can scale it up massively to provide users with the service quality they expect. That one aspect of the app will have to be scalable, but everything else may not have to be.

Other Considerations for Microservices Adoption

These all provide good cases for using a microservices architecture in Java. However, you may not want to make the move if you are operating with a small team. Depending on project size, each service may require its own team to develop and manage and a couple of people may need to stay working on the legacy app.

Also consider your timeframe: if you need fast results and your team has no experience with microservices, your project is far more likely to fail than succeed.  Choose microservices for long term results and expect some bumps along the way.

Java is used extensively in microservices, with many enterprise applications using Java and Java technologies within their microservices.

Here are a few companies reported to use both containers and Java:

It's important to note that, given the polyglot nature of microservices, many companies are using multiple programming languages within their applications. Spotify, for example, reports using both Python and Java on stackshare.io.

Ready to make the leap into Java microservices? Learn more about how they differ from monolithic applications in this webinar from Perforce CTO, Rod Cope.

This follow-up webinar looks at what Java development teams need to consider when making the move to microservices.

You’ll also need tools that increase developer efficiency, reduce downtime and increase code visibility as you deploy microservices. JRebel helps developers do just this. Want to see JRebel in action? Schedule a personalized demo with a solutions consultant by clicking the button below.