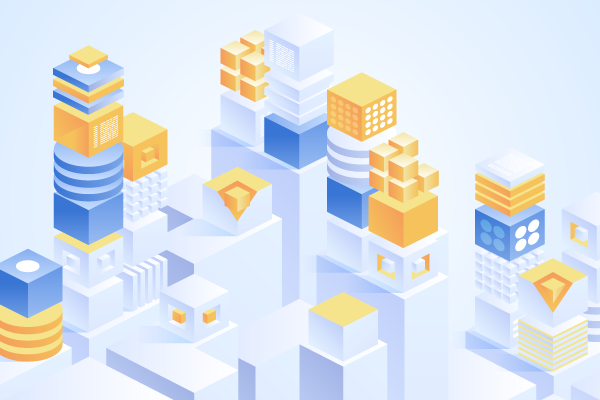 Our 2021 Microservices Developer Report is based on findings from our 2021 Java developer productivity survey. The survey, which collected responses from 876 Java development professionals from around the globe, provides valuable insights into how Java development teams are using languages, tools, and technologies.

This is a shift from last year’s survey, in which 50% of respondents were using microservices and only 27% were using monolith. In addition, SOA usage has grown from almost 10% to 29%. Closely following are mobile at 23% and desktop app at 18%.

What this means: These survey results may indicate a stall in microservices adoption this year. This could be due to COVID-19 concerns or a signal that microservices adoption has become less of a priority within the Java community. As we all know, it is expensive to transition application architecture and may have proved more painful to make these transitions.

Engineers are additionally recognizing the lack of need to transition to microservices for all of their application and rather are focusing on specific parts of the application as microservices while other parts maintain the monolithic architecture.

An additional 21% said they are actively talking about adopting microservices. Only 13% of respondents do not have microservices in their plans at all.

What this means: Although microservices usage has slowed, we can expect an uptick in adoption over the next year. As companies regain momentum from 2020 and start a new fiscal year, they could decide to invest in microservices.

What this means: We found this to be interesting feedback. Because more than a third of our respondents say they work with enterprise applications, it’s surprising that there aren’t more microservices in play. This shows that likely most of these enterprises are simply implementing parts of their applications into microservices as most of the users are only working with less than ten microservices.

Challenges With Microservices in Java

Microservice architecture is clearly highly discussed and adopted in the Java community. However, it does not come without its own unique challenges. With the complexity in which microservices interact, it’s no surprise that the biggest challenges developers face is troubleshooting inter-service functionality issues.

What this means: These issues mirror last year’s results. However, last year the biggest challenge was setting up the development environment locally, at 41% of respondents. The number two answer was troubleshooting inter-service functionality issues at 38%. This shows that companies have settled into microservices, but are now struggling to contain all the applications within the microservice architecture.

We asked developers how long it takes them to compile, package, and redeploy their application to a visibility-changed state at runtime. While this is not a microservices-specific question, the answers showed some surprising crossover.

The categories respondents could choose from included 0-1 minutes, 2-3 minutes, 4-5 minutes, 6-10 minutes, and 10+ minutes. At the top, just like last year, the most common redeploy time was between 2-3 minutes with 31% of respondents.

Whereas last year the second-highest choice was 0-1 minutes, this has shifted to a near three-way tie for all choices of four minutes or greater; each had between 19% and 20% of respondents.

What this means: With nearly half of respondents saying they primarily use microservices as their architecture, it is interesting to see that 59% are experiencing reload times over four minutes. Twenty percent are even reporting reload times greater than ten minutes! This leads us to think that many of these teams with microservices architecture are running numerous services on a Docker instance which tends to increase the redeploy times.

Related: JRebel can save you hundreds of hours of development time. Use our ROI calculator to see how much time it could save you or your business.

Get the 2021 Java Developer Report

Want to see all the insights in the 2021 Java Developer Productivity Report? Get the full report for free.

You can also watch a webinar from JRebel Product Manager Curtis Johnson for JRebel/XRebel by Perforce.