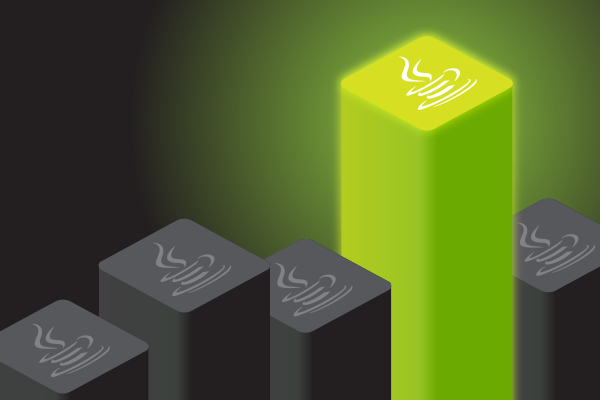 What Is Java Performance Testing?

Java performance testing is the practice of testing Java code to measure the speed of an application. This extends to response times, resource utilization, scalability, and reliability.

How and when those performance criteria are measured, however, is dependent on the application and underlying technologies being used. In our recent Java developer survey, we found that the method for verifying the performance goals for an application varies from developer testing, to manual ad hoc QA, to end user reports. 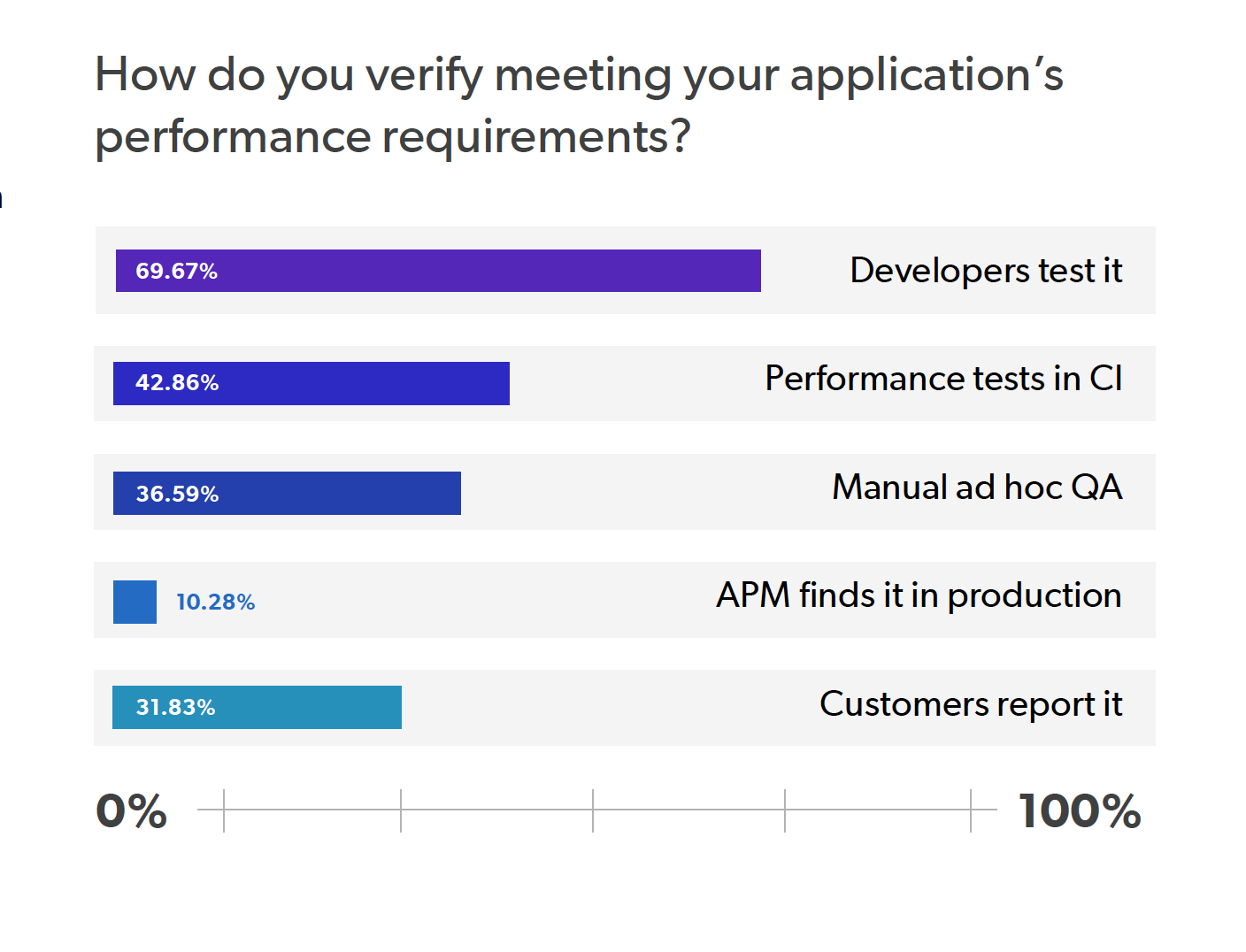 Why Is Performance Testing Important?

Performance testing is an important aspect of application development because it helps to ensure applications meet the needs of the end user. 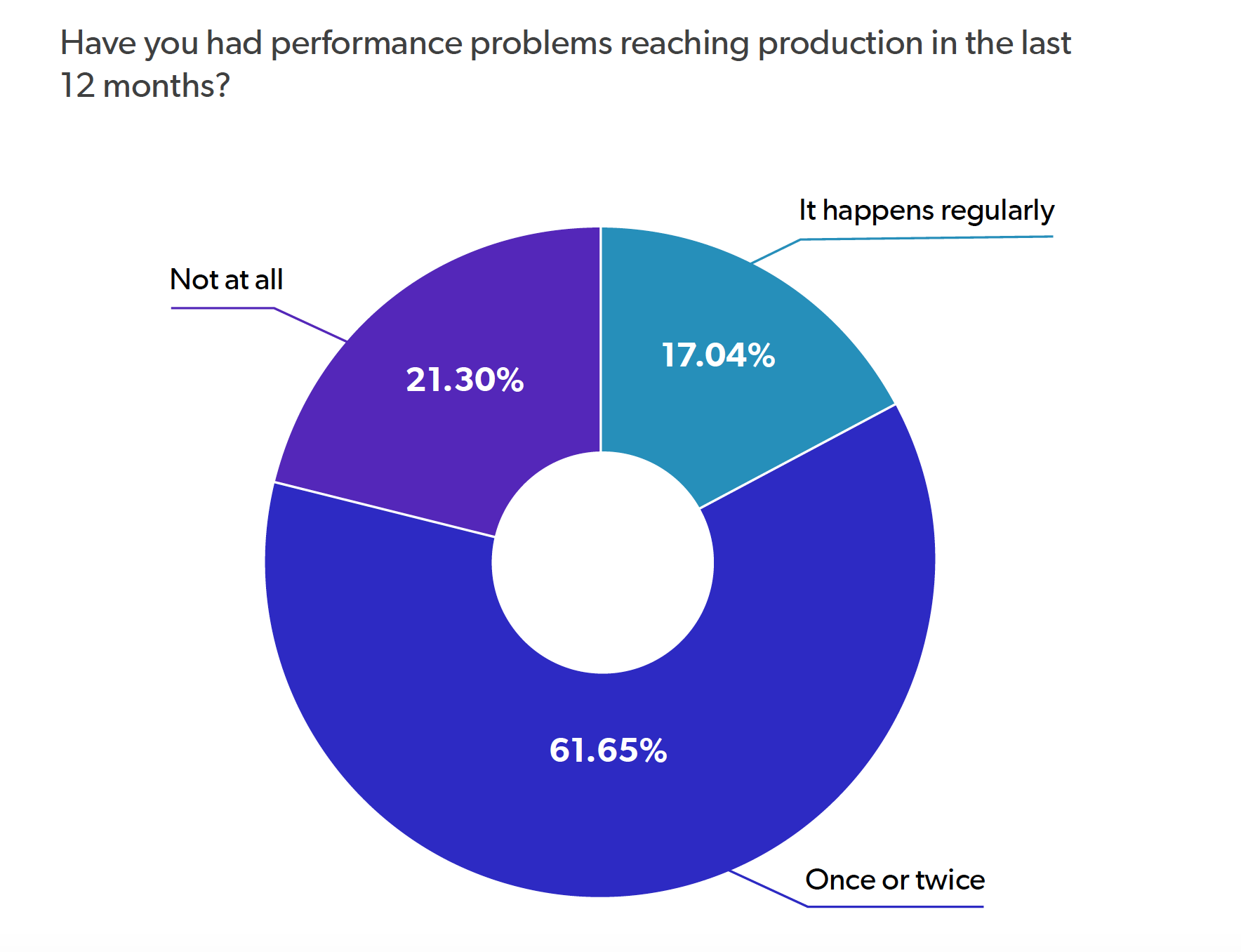 For those interested in formalizing their performance testing processes, the next section will give you a good overview of what's available for performance testing tools. After that, we'll look at a few of the Java performance tuning and tracing tools that can help Java development teams get additional insight without formal tests.

The Java performance testing landscape for developers isn't nearly as barren as it used to be. Part of that is the adoption of DevOps strategies that shift testing further left, and part of it is the maturation and adoption of prevalent technologies like JMeter. While we predominately look at load testing tools for Java applications here, load testing is the basis for most performance testing approaches.

JMeter  is an open-source tool by Apache used for load and stress testing Java applications. JMeter can be used for many application, server, and protocol types, including both static and dynamic resources. Additionally, it has a variety of extensions that can help to record and visualize the resulting test data.

Because JMeter is widely-used, and open-source, it's very popular within the Java development community.

Gatling  is an open-source performance testing tool that focuses on load testing. The free version has integrations for Maven, SBT, Gradle, and Jenkins(focusing on local testing environments), while the premium version has integrations for Bamboo, TeamCity, and Grafana (focusing on more complicated CI/CD environments). Also of note, the free version doesn't support distributed applications -- which can be a big detractor.

BlazeMeter is a paid tool that allows developers to quickly spin up performance tests for web and mobile applications as well as microservices and APIs. It integrates with popular open-source tools (like the aforementioned JMeter and Selenium) and has a UI that allows for easy and replicable load testing.

While it's a premium product, it's evidently popular for enterprise companies who don't want to commit development resources and money to creating reliable load testing solutions.

Creating a performant Java application starts with the architect, and ends with the developer making those choices work. Whether that's technical solutions like cache configuration, or optimizing classes to reduce memory consumption, developers need tools that can help identify performance issues during development, and during production.

For the purposes of this exercise, we're looking at one development stage performance tuning tool, and one tool that is primarily used during production.

Stagemonitor is an open source application performance monitoring tool. While APM tools like this are typically associated with production, Stagemonitor can be used during development as well. While it does offer some similar features to XRebel during development, the user experience and functionality aren't nearly as polished.

For production performance monitoring, however, Stagemonitor provides robust functionality that make it a popular, free, choice among Java APM tools.

However, JProfiler (and other profiling tools) have a large overhead – definitely not ideal to be running on most developer machines.

With the increased complexity and distributed nature of many Java applications, finding a reliable and user-friendly distributed tracing tool is a big part of developing a performant Java application. In the list below, we look at a few of our favorites.

With the average Java developer spending hours each week waiting on redeploys, that can mean more efficient performance improvements and faster time to market. Add recent improvements to the Eclipse and IntelliJ plugins that allow the two tools to be used simultaneously via the IDE, and XRebel/JRebel are a must-have combination for Java developers.

Zipkin is a distributed tracing system that allows developers to troubleshoot performance issues in distributed service architectures. The main features that set Zipkin apart from other tracing tools is its ability to both search for trace criteria via log file ID, service, operation name, and even duration. The diagramming feature is also nice because it helps developers to visualize traces via a dependency diagram.

Zipkin was originally developed by Twitter, but has since transitioned into open source with OpenZipkin.

Stackify Prefix is another option for Java tracing tools. In addition to helping developers trace distributed requests, it offers code improvement suggestions for easy fixes. There are two versions of Prefix, with the premium version providing features that make it comparable to XRebel. On the APM side, Stackify also has a paid APM solution called Retrace.

Today, Java developers have a bevy of performance testing tools that can help them test and improve performance during development. But even with these tools, the complexity and lack of visibility into modern Java applications means that performance issues can easily find their way to production.

Did we miss a tool or technology that should have made our lists? Let us know on Twitter at @JRebel_Java!

Looking for additional reading on performance testing Java applications? The resources below are a good place to dive in.

If you're looking for more information on the technologies Java developers are using most in 2021, including frameworks, application servers, Java versions, and more, you can download our free 2021 Java developer productivity report by clicking the button below.