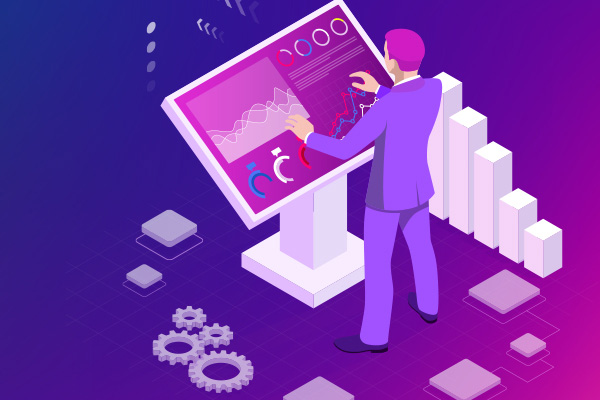 In this article I'll show you how to mock up test a Java environment manually using the mock framework, Mockito. I'll create a mock testing example and take you step by step through mocking in Java. Are you ready?

I’ve been spending a lot of time lately thinking about unit tests - mainly why more developers aren’t using them. In my last article on this topic, we went over code coverage and some advanced JUnit techniques for writing less code in unit tests. This is all fine when you start writing a new application and everything is clean and pristine.

But sometimes you inherit a bunch of spaghetti code sitting inside a big legacy enterprise application, and everything you need to deal with is already there (and hopefully working properly). If you change something, how can you tell what will be affected? The side effects of your changes should be clear from the beginning. If only you could do unit tests AND see the ripple effect across the code too.

Mock Testing to the Rescue

Well, you can. It’s called mocking, and it lets you create alternative realities for your application to play through, without having any side effects or consequences in reality. In this post, I explain how to test the side-effects of the code, how to mock Java objects in tests, mock up test in JUnit, and isolate your JUnit tests from the other components in your system. If you're new to JUnit, here's a useful cheat sheet about JUnit 5 annotations and how to use them.

Let’s meet Matt. Matt is a software developer who just started working on a gigantic CRM application. His first task is to create a new business rule regarding the mailing of invoices. Some customers get invoices by email, but others want a physically printed copy of the invoice instead. In addition to the last article, Matt has read the first part of these posts and decided he wants to write unit tests for his code. One of the classes he has added is the following:

Looking below, we can see here the respective unit test:

Matt runs the test and while everything passes he realises a few things:

How to Manually Mock Up Java Objects

Let me start by saying that I DON’T RECOMMEND DOING THIS! But reading this section will help you understand Java mocks work under the good, and better realize how to mock JUnit tests.

Even if Matt’s organization has a staging environment with another printer, it is not realistic to actually print physical invoices every time this unit test runs. Matt also understands that this code in not a valid unit test since no assert methods are present. After some careful thinking he decides to write a new class used only for tests like this:

This is a new class just for testing that is emulating a fake printer service. It doesn’t print anything, it just records that a print request arrived. There is also an additional method that checks if an invoice was “printed” or not. With that class in place, he rewrites the unit test as:

Thus the tests pass, and the assert methods work correctly. However, after some time Matt realizes that his solution does not really scale well.

In the example above, Matt was testing a method that had only arguments and no return value. There are also cases however where Matt had to test methods that returned complex business objects, further complicating the code of the “fake” classes. After a while Matt starts fantasizing that he could have a magic wand to use to instantly:

This magic wand would make his life much easier! Well, Matt is lucky because this magic wand exists and its called Mockito (one of several frameworks designed for this purpose--note: magic wand not included.

The Recommended Way: Use a Mocking Framework

At RebelLabs, we sometimes say that smart + lazy = efficient. So why create a bunch of human error prone manual tests on-the-fly when you could be so much lazier and use a mocking framework, such as Mockito, EasyMock, JMockit or any other.

Mocking in unit testing attempts to solve in an easy way the creation of fake objects that help the unit testing process. Mock objects sometimes remind me of the film “The Truman Show.” You use mocking in order to “fool” a Java object to think that it communicates with other real objects.

From the point of view of the tested class, the FinalInvoiceStep of the example, everything runs normally. It communicates with other objects and gets all the appropriate responses. Behind the scenes, however, this is only theater, a mummer’s show if you will, which has been carefully planned by you.

The mock objects within your library allow you to setup a controlled environment with strictly-defined deterministic behaviours by all objects involved with the class in question. I’ve added a visual here as an overview of mocking in unit testing:

In your new theater, you should use a mocking framework to set the stage, in which you carefully monitor all interactions of the tested class in order to verify its effectiveness. Then you can see if all your “actors” are performing properly.

So when should you use mocking? I suggest using mocking in unit testing when the class you want to unit test communicates with other classes that have side effects which should only be called in the real production system. Some random examples of such side effects I thought of are:

You can also use mocking in other cases as well. I tend to mock some classes that are very slow and based on a lot of dependencies not needed for the unit test. Mocking is also great when you want to emulate strange errors such as a full hard disk, network failure, wrong serialized version etc.

Out of all the mocking frameworks out there, it would seem that Mockito has become one of the most popular, and it is the one I use and prefer. It has a lot of capabilities that we will not cover in this post, as with JUnit in the previous posts, so I recommend that you spend some time to explore all it has to offer.

In the case of Matt, there is no need for special dummy classes. Instead, Mockito can be used as follows:

Both Email and Printer Services are mocked. The FinalInvoiceStep class is then created with these two as constructor arguments. As far it is concerned it communicates with two real classes.

But in reality, we know that mocking is controlling these classes and observes all their input/output. Instead of assert methods, we use Mockito verify statements. These check that the appropriate method was called or not.

Mockito has some good, example-oriented documentation that you can study. Be sure not miss Argument Matchers and Argument Catchers.

A Small Note on Testable Code

If you are a seasoned developer then you should have noticed that it was not very hard at all to inject our mocks into the test class, because FinalInvoiceStep was using constructor-based dependency injection. This is a very important point to consider when developing an application since all the dependencies of your class are clearly shown in constructors or methods.

There are times, however, when a class has hidden dependencies. These come in the form of Singletons, Static utility classes and objects found via Service Locators. These hidden dependencies make mock testing much more difficult.

While it is possible to mock static objects, we suggest you refactor your code first to make these hidden dependencies visible.

Note: The process of writing testable code is a huge topic on its own and will probably be covered in future posts.

When NOT to Use a Mock Up Test

Always remember that you should mock the objects that your classes come in contact with because you are interested in the class itself and nothing else. If you want to see the interaction of the whole module then you need integration tests.

Therefore you should not use mocking when you are interested in:

In this post, we introduced and discussed the concept of mocks as a way to trick your unit tests into believing that it is carrying out actual commands, yet this is just a simple theater play taking place in an alternate reality.

The example I provided hopefully showed where the side effects of a class must be emulated so that the test runs in an isolated environment, and I also recommend trying out mocking frameworks (again, my favorite is Mockito) and use them as an example to verify the actions of mock objects. Keep in mind; there are times when mocking should NOT be used, and we’ll cover that in more detail sometime later.

In my next post, we will finally talk about integration tests and when to use this type of testing as opposed to unit tests. I also hope to demonstrate how to include unit tests in your build process and how to organize your build jobs so that tests run in an optimal way.

So thanks for tuning in, and be sure to ping us on Twitter at @JRebel_Java if you have any other questions.

Speed Up Your Development

Looking for additional tools to help your code perform its best?

Help developers save time during development by skipping redeploys with JRebel. See how it works with your stack in a free, 20-minute demo. Or check out the product page for more info.